The primary goal of the paper is to examine how the Turkish and Russian Governments are using the term terrorist in their diplomatic communication towards the Syrian conflict. Following the introduction, the study outlines the theoretical framework – namely the securitisation theory –, then presents a concept of terrorism, which is focusing on the instrumentalisation of the terrorist label in discursive processes. Henceforward, the paper attempts to accomplish the aforementioned goal by examining the Turkish and Russian security discourses on two interrelated issues of the Syrian war: Turkey’s Operation Peace Spring in October 2019, and the Russian–Syrian offensive codenamed Operation Dawn of Idlib between April 2019 and March 2020. Based on the detailed analysis of relevant speeches and articles given or written by high-ranking Russian and Turkish diplomats, the paper displays how the two states justified their military interventions, defined their own roles, and framed the non-governmental actors involved in the conflicts. According to the conclusion of the author, despite the numerous similarities in their discourses, Turkey and Russia define oppositely, who is, and who is not a terrorist in Syria, which constitutes a major collision point between their geostrategic perspectives. 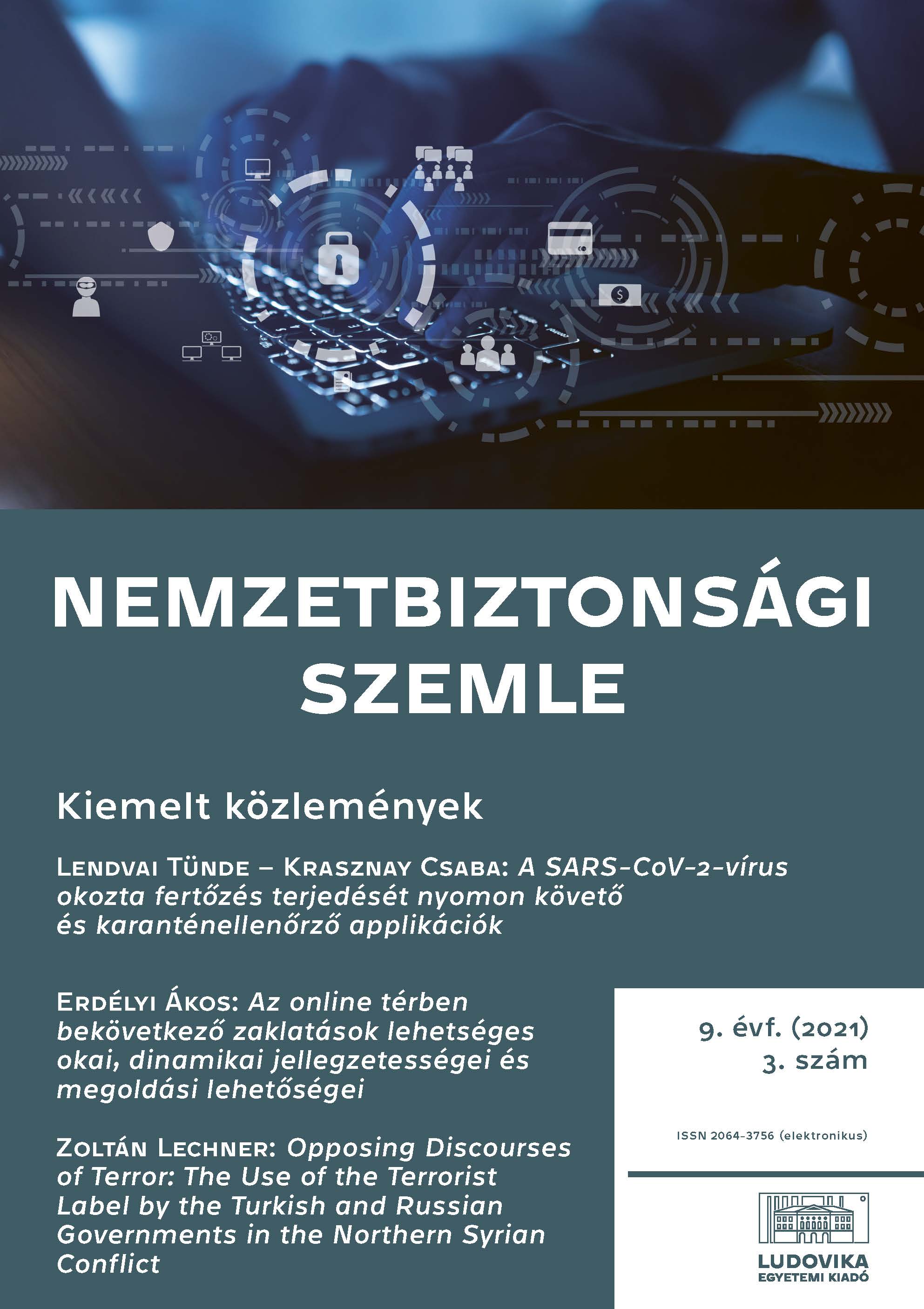