Germany planned its 2016 Chairmanship of the OSCE to establish the following goals “to renew dialogue and to restore trust among participating states and the security of Europe”.[30] Germany supported actual work on the priorities of its Chairmanship, which involved e.g.—inter alia—strengthening OSCE capabilities across the conflict cycle, handling old and new challenges of the fundamental freedoms in the OSCE region, strengthening good governance, and other new types of challenges. The German Chairmanship continued the work of the earlier chairmanships of previous years. There are state “chairs” (Switzerland and Serbia held the OSCE Chairmanships in 2014 and 2015, they are the OSCE Troika) and they started a “new model to address new challenges”. Related to that it should be noted (for this work’s keywords), that Foreign Minister Steinmeier said: “Germany wanted to durably strengthen the OSCE and its tradition of an equal dialogue among all participating States. This was the only way to rebuild lost trust and restore security on the European continent in the long term. This was all the truer against the background of the conflict in Ukraine, in which the OSCE had proved its outstanding importance and indispensability.” [30]
This analysis aims to present the work done throughout 2016. This paper shows and demonstrates that during the German chairmanship of the Organization a meaningful dialogue was lead and co-operation was pursued in various fields of common interest (mainly their role in context of the European security and the Ukrainian crisis) throughout the dimensions of the OSCE. The OSCE approaches security along these three dimensions: the politico-military, the economic and environmental, and the human. This study is a part of my research work, so in the current text details also can be read with reference to the earlier and subsequent studies, which have already been or will have been written. This seems inevitable because, as I have pointed out above, my previous and next studies have referred/will refer to OSCE, crisis management and Ukrainian events, too. 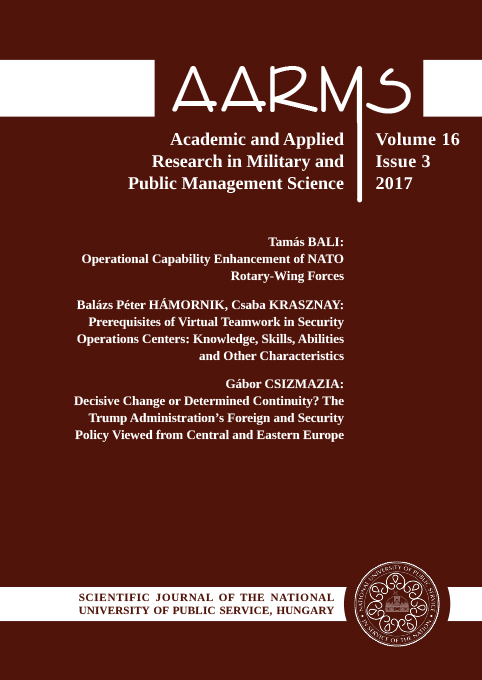